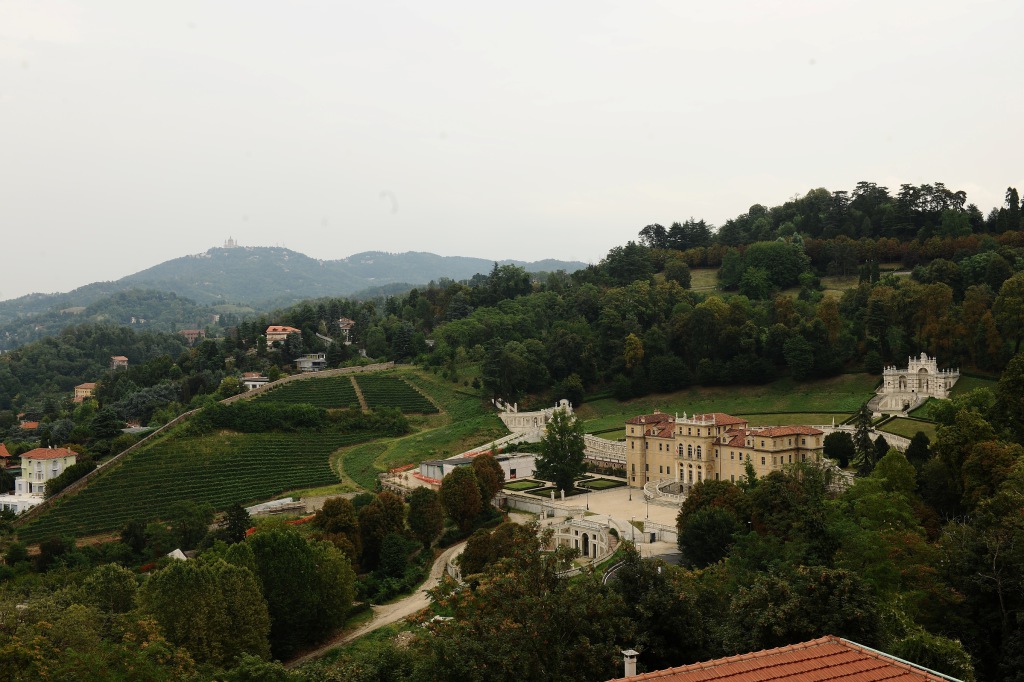 The “large plot of vineyard populated by fruiting plants”, which extends on the hill north of Queen’s Villa, was created as agricultural part of the Vineyard. Designed by Prince Maurice of Savoy at the beginning of the seventeenth century. “Vineyard, forest, lawn and garden” are described in 1657 in the inventory compiled after his death and in a following one dated 1677, when substantial improvements, also including the “planting of Trees and Cuttings” were promoted by the new owner, the prince’s wife, Ludovica of Savoy.
During the eighteenth century the interest in this aspect of “living in Villa” remained unchanged, as well as in the nineteenth century, when the vineyard bordered with the “gardens to Fruit”, next to to the ” legumes garden ” of the Villa’s keeper.
With the closure of the National Institute for the Daughters of Military Personnel, owner of the villa since 1867, the part destined to the vineyard and the whole garden was overrun by weeds that caused its disappearance from the cityscape.

The complicated environmental reclamation and replanting carried out between 2003 and 2006 ,by the Superintendence for Historical , Artistic and Ethno-anthropological Heritage of Piemonte , in collaboration with the Superintendence for the architectural and landscape of the provinces of Turin , Asti , Cuneo , Biella and Vercelli , has redeemed the whole property and led to the replanting of about half of the historic vineyard , together with the complete recovery of the compendium state property and , in particular , the restoration of the Royal Apartments and the Italian Gardens , undertaken since 1994. 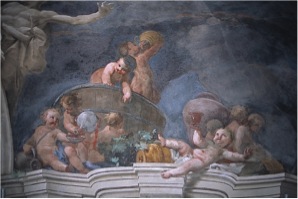 The long and complex process of replanting the royal vineyard of Turin was entrusted to the Balbiano Winery , who oversaw every aspect of it, from the very beginning.
Thanks to the precious collaboration of Prof. Gerbi ( University of Turin – Faculty of Agriculture ) and Dr. Anna Schneider ( CNR – Turin ) , the Balbiano Winery has completed the problematic task of reviving the vineyard of the Queen . 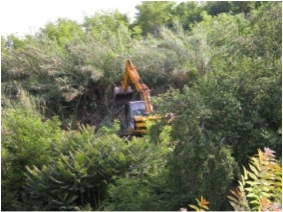 The clearance of woodland from the vineyard site 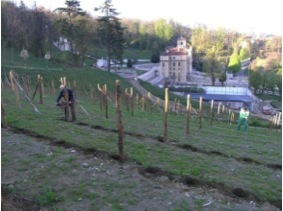 Implant of the cuttings 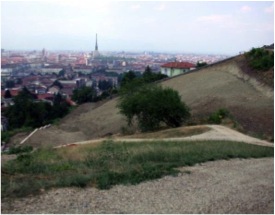 Shaping of the vineyard site 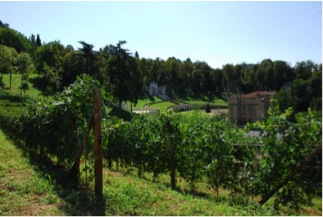 A total of 2700 rooted cuttings , most of Freisa , arranged on a total area of 0.73 hectares .
The first crop year was 2008 : 10 quintals of grapes were entirely entrusted to Prof. Gerbi so , through a series of micro – vinification experiments , gave his opinion about the potential of winemaking : the results were extraordinary , giving Balbiano Winery the courage to start a vinification suitable for a long aging.
In 2009 the first official Queen’s vineyard harvest took place: 40 tons of ripe and healthy grapes gave birthe to the first historic bottles of ” Vigna della Regina “2009. 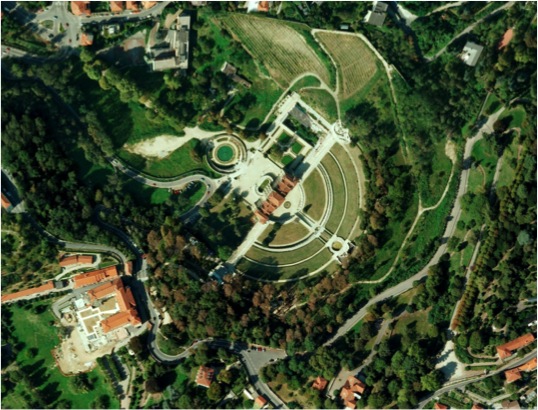 In May 2011 , in a charity auction organized at Queen’s Villa, the first large formats of Turin’s wine were sold with the purpose of collecting funds for the Villa’s and gardens recovery.
Furthermore, 2011 is a historic year for the Royal Vineyard and the Balbiano Winery . A long and delicate work led to the reintroduction of the Queen’s Vineyard within the DOC Freisa di Chieri , making possible to produce the first Freisa di Chieri DOC ” Villa della Vigna Queen “.
The year 2014 marks another critical step : the twinning with the ” Clos Montmartre ” , urban vineyard in Paris .
The two most important and historic city vineyards in Europe today cooperate for the promotion of wine-growing within the cities , supporting projects aimed to charity.